Deep and subjective observation on free improvisation made in Berlin


Unlike composed music, free improvisation shifts the focal point of formal perfection towards the here and now, from the result towards the process of creating and envisioning the transcendence of the immanent.


Immediately after the fall of the wall, a new generation of experimental musicians, improvisers and sound artists from different countries was established in Berlin.


The city at that time was going through a period of awakening and strong political, social and cultural changes which opened great possibilities and spaces for experimentation.


More than an aesthetic definition, free improvisation refers to a way of doing, under which we find a variety of styles, from electro-acoustic music and new reductionism to noise and sound installations.

a film by Roberto Duarte

Sabine Vogel / Sacrow at the Havel 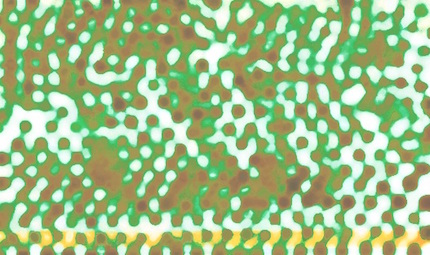 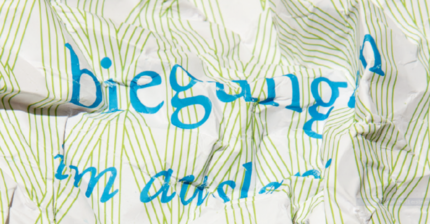 In the heart of real time


Berliner Improvisation does a captivating journey through improvised music made in Berlin. During recorded sessions, creations arise which configure a language of their own, a territory that shelters different languages and forms of expression, a language in itself that is an open structure or mode of creation, and which gathers, as this touching documentary shows, numerous musicians, both foreigner and German, who reside in the city today.


In the improvisation the instruments, artefacts, objects, voice, are liberated, to a greater or lesser degree, and are resignified through movement, pressure, interruptions, blows, draggings, that liberate the performers from preconceived patterns, all too well-defined paths, and from the demands of formal perfection of that which they produce, opening the experience of execution to new and infinite possibilities. This form of spontaneous creation attempts to not only generate “free” sounds or music, but “freed” pieces, as Sven-Ake Johansson remarks at the beginning of the film. In this it is like child’s play, which is devoid of any goal, and is in itself and in the present moment, attentive, full and creative. In improvisation, as in play, objects, sounds, words, are taken apart to create new setups, different configurations of sound (or corporeal, in the case of dance), often following random patterns, through overflows, cuts and overlaps, that question the structures of meaning we are used to. The fingers take a different approach, created in each moment, to the strings, the trumpet or the synthesizer. They pulsate. Attention grows. A radio changes station. Somebody walks. The bow of a violin plays a guitar, a voice vibrates in jumps and dislocations, a note persists, and the space is filled with the cadence of this deep and ephemeral music, sometimes disturbing, never the same, always emerging, that flows through the city, generally from interior spaces, studios or apartments, and where the camera of Roberto Duarte also moves in a perfect flow, resonating with the object it documents.


And so, the movie reveals a form, another form, in which improvised music, intimate, expectant, inhabits spaces where arrays of possibilities are unfolded, opening time. If time is, as has been said, the “speed of matter”, in improvisation the focus is in the potential of the present time, the power of the instant, the forseeable in tension with the unpredictable, the known with the new, generating a space so that the particular speed of the encounter, of the communion among musicians, also of the unexpected, expresses itself.


Transiting through the Landwehrkanal, the camera knits its peculiar portrait: the vibrant waters of the canal take us deep into visual and sound fragments of Berlin, into its geography. The flow of the canal is also a metaphor of time. Something moves, perception and action simultaneously, something falls, the water creates undulating forms and rings, small waves. Inhabiting the moment; a listening and an execution, continuity, pauses, alterations, silence. The image fades to black. Sound arises. It happens.


The improvisations are unique and unrepeatable; they become transcendental in their own evanescence, like dreams, like the real scenes of life that passes by. In this case, the paradox of documenting is intensified, straining and transforming its object, suspending in part the disappearance which is inherent to it. The beauty of this paradox was part of the motivation which drove Roberto Duarte to undertake the voyage he now makes us part of, offering us his gaze into the world of improvisation in Berlin, over a background of water scenes, where movement, light and sound reveal the vibrant and forever new nature of the real.